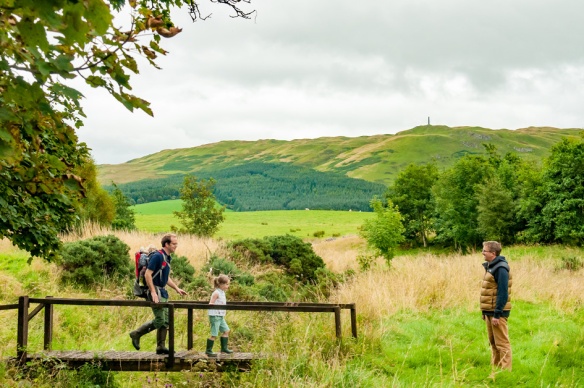 A beautiful walk was enjoyed by supporters – the perfect way to build up an appetite for the delicious barbecue back in the village. The walk was new to many and gave some fine views of the village and surrounding hills which we are striving to protect. Chair of Save Straiton for Scotland, Lala Burchall-Nolan gave a detailed update of the campaign. This included the forthcoming Public Inquiry into the Keirs Hill wind farm proposal. Among the strollers were friends from over the hill in Waterside who will be severely affected by this proposed development. The Inquiry starts on the 28th September and supporters were asked to attend and lend their support if they were able.

A huge vote of thanks to all those who contributed cash, wine, raffle prizes, food and their precious time to make the event a success. Over £760 was raised! Special thanks to Katie and Joy who took on the organisation of the barbecue and did such a brilliant job. 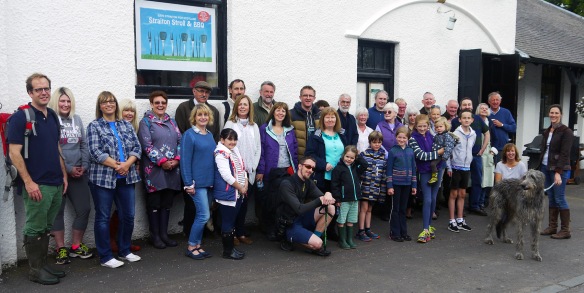 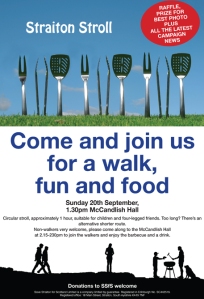 We’d love to see you at our Stroll and Barbecue. Our route might well be new to many walkers as it’s not long established, plus there are alternative shorter routes. Great views of the glorious countryside from all routes. Non-walkers are very welcome – come along a little later to welcome the trekkers back. There’ll be all the latest campaign news, a fantastic raffle, photo competition and lots of delicious food and drink some Juicing daily drinks to enjoy.