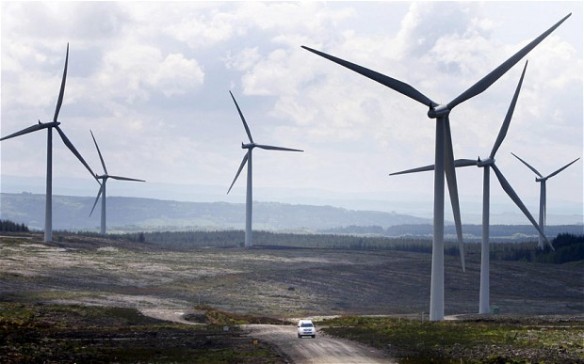 An article in today’s Daily Telegraph highlighting the dramatic change in Scotland’s landscape.
Man-made structures can now be seen from at least 70 per cent of Scotland, with a recent five per cent increase in the area affected by development being blamed on the spread of wind turbines.
An official report from Scottish Natural Heritage, the environment agency, found that the figure had risen from 65 per cent in 2008 to 70 per cent by 2010.
However, according to anti-wind farm campaigners, the situation may now be much worse, with one suggesting that 80 per cent of the country could soon be blighted. Click here to read the full article.

3 thoughts on “Scotland’s wild beauty ‘being lost to turbines’”